The idea of running an event like MakeZurich starts out of a series of informal meetings between members of Open Data Zürich and The Things Network Zürich community.

The concept of the event is to bridge the city government with the maker community by gathering problems and real needs of the public administration and exposing the community to them to foster fresh ideas and creative solutions.

The organizing team explored different formats for the event, ranging from a 6-months long open challenge, to a traditional 2-day hackathon. Taking into consideration the complexity and unfamiliarity of hardware development in general, and LoRaWAN networking in particular, it is necessary to make it longer than just two days, but it cannot be too longer either because it is also critical to keep the concentrated energy that a hackathon involves.

The final event format is a week-long to give enough time for participants to familiarize with the problems at hand and have access to hardware suppliers if there was the need, and it is split in three stages:

The event starts with a presentation of use cases (challenges) by stakeholders of the city administration on Friday afternoon. The hardware kits containing components required for the various challenges are made available to participants during this stage.

Presentations are followed by an apero where participants meet and build teams.

Team registration is open until the end of the evening.

From Saturday to next Thursday evening (inclusive), an open lab week is available at a local fablab. Participants can walk-in, use the facilities and work on their projects, but there is no active tutoring/mentoring in-place.

On Friday morning, a more intense session begins: following a more traditional hackathon schedule, participants get together to work on their projects for the weekend (starting on Friday 9:00, ending on Saturday 17:00), after which the event closes on Saturday afternoon with the presentation of all projects.

During this stage, the open lab is also available at disposal of participants.

Make Zurich has a defined identity, domain name, colors and fonts that are used consistently throughout every media channel: 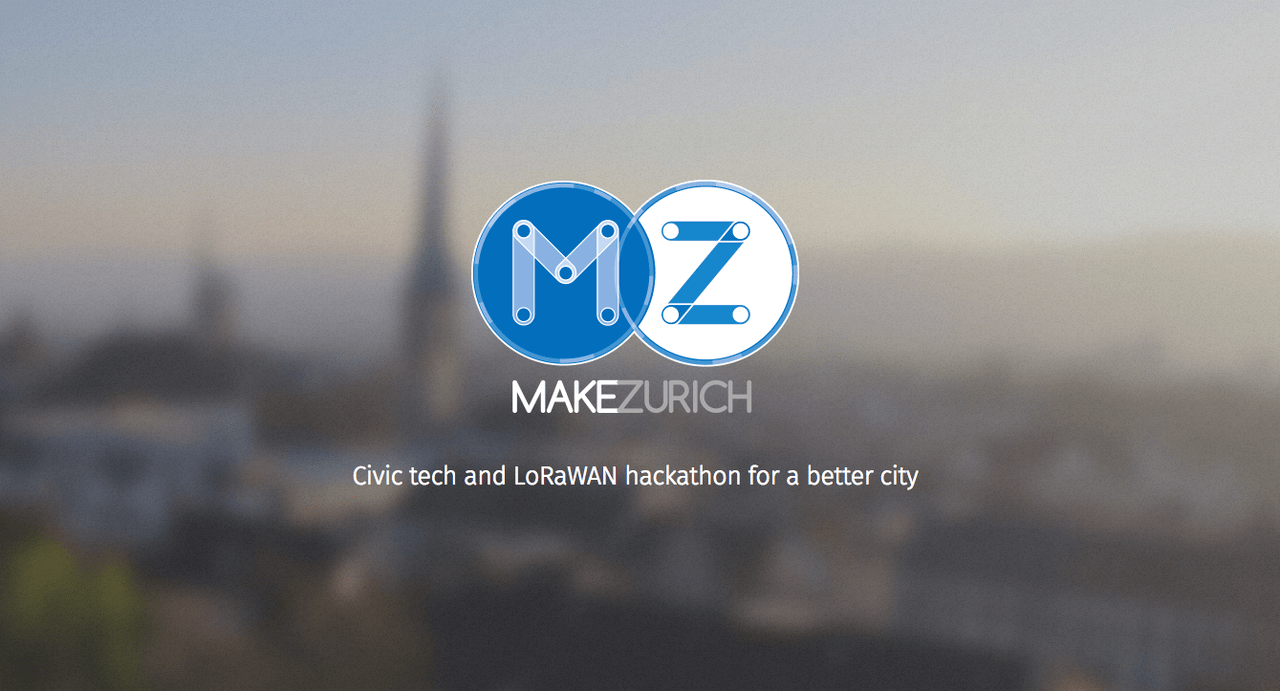 The first edition of Make Zurich took place between January 27th and February 4th 2017 at the Impact Hub Viadukt .

The event attracted around 60 participants from different disciplines that got together on Friday 27th to kick-off an intense week of hacking leading up to a 2-day hackathon on Friday 3rd-Saturday 4th.

During these two days, we had Wienke Giezeman as a special guest on-site, as well as the presence numerous journalists that were covering the event, which culminated with the presentations of a total of 17 projects.

There is a fully detailed report of the first edition of the event available on our open docs Gihub repository.